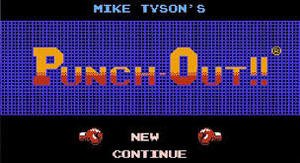 There's no doubt that many classical arcade games have been conceived in the Nintendo's line of games and products. One of which that has truly etched itself in the history of Nintendo and in the hearts of dsigames.com visitors and video game players alike, is the NES Mike Tyson Punch Out more commonly known by some as the Punch-Out!!. This is only part of the Super Punch-Out series and though it may not have the most stellar graphics when compared to games today, it comes in a classic platform that's truly addictive even for gamers today. DSI Games have also been a fan of this game since it was released in 1987 and was remade by 2009.

The remake of this famous game, NES Mike Tyson Punch Out, has truly hit the nostalgia right in the nose of fellow gamers, especially those who have played the game back in the days. Coming back in the same platform and stage with the same character, you'll surely find a deep story and gaming mechanics that will reel you in, in a captivating gameplay that's bound to let you eat up hours and hours of gaming experience.

In the game, the character you're going to play as, is known as the Little Mac. Comparing Little Mac to his opponents, you'll surely see the unfair body type as Little Mac faces off against bigger boxers. However, this won't stop Little Mac as he strives to have a match with his idol in a dream fight. Throughout the course of this arcade-like game, you're bound to love its comical setup with cartoon characters and animation that will surely make the game more fun than what you may have initially thought of. The game will also revolve on a mechanics that emphasizes importance of reading the patterns in order to get your punches right to your opponent, whilst dodging as well. 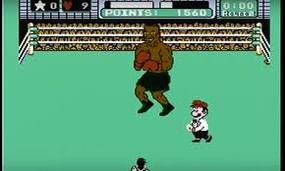 Throughout your journey, you'll also notice that the punches of Little Mac won't improve and that it will be limited to jabs, hooks and uppercut. With these in your arsenal, you'll have to find ways to bring down your opponent by reading the patterns until you get him knocked down. Of course, the dream fight at the end is apparent already with the name NES Mike Tyson Punch Out, as Little Mac will have a bout with his then-heavyweight idol, Mike Tyson.