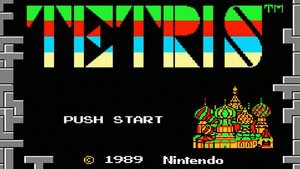 As you may be aware already, there are just games out there that cannot be beaten even through the passage of time. Other games may come and go but these games will always remain standing strong in the gaming industry - these are classic games. Classic games at DSI Games, especially those you could play in the arcade, always hit the sweet spot in the hearts of gamers and one of the best in this category that has experienced varieties of transition throughout the times is the Old School Tetris or the Tetris Original Gameboy Game.

Tetris is a classic video game under the tile-matching puzzle category. It has entered the market of the gaming industry somewhere in the early 1980s but, it has only been in the late 80s when it was released on the Gameboy and has really blown in terms of popularity. It makes use of the so-called tetrominoes, hence its name, providing a sufficiently challenging gameplay. The game is pretty simple as what you just have to do is match make sure to make lines explode at the bottom of the screen by perfecting combinations horizontally. You'll get more points the more lines you are able to explode simultaneously.

There's no doubt that if you think about Tetris nowadays, the first things you'll think about are those Tetris that will blast you with a diverse colour combination and unique features on your Nintendo Wii. The game has remained with its same mechanics, but tons of additional features have been jammed into it several times, creating unique variations for varieties of platforms. There are those which are simply more colourful while some even provide a platform to compete with your friends. However, before those games have entered the market, there was the Tetris for Gameboy Advance with its own set of Tetris Gameboy colour. In fact, when it comes to the classic there are specific colours for different platforms, which is certainly very interesting. Going back further, you'll see the Tetris Original Gameboy game, which is basically the epitome and one of the roots of this game. Devoid of colour and other things, there would surely be some of you who'll wonder what it is like to play the original Tetris back in the days.

The Tetris for the Gameboy Advance is something that can also be considered an old-school Tetris but, let's focus on the old school Tetris which is the one you'll be able to play using your Original Gameboy console. It has been the successful handheld game back in the late 80s which practically opened the doors for more entertaining games. Here are some of the things you would have experienced if you were able to play the game in the Gameboy console back in the days. 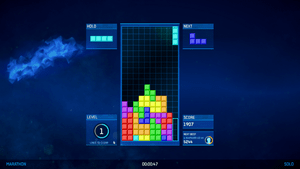 There's simply no need to even mention that the Gameboy console back then have really been lacking when compared to our handheld consoles today. The most noticeable setback it has is with its display, which provides a gaming experience that's devoid of the backlight. This means that you'll have to play the game somewhere where you'll be able to gain a sufficient amount of light. Basically, this feature of the console is something that has been done in order to gain a longer battery life. This means more gaming for you.

Yes, conserving battery by stripping the backlight off the device is a way to conserve battery life and this is due to the fact that you literally need AA Batteries to power it. This is just how things went back in the days but, this would be more than enough to give you with more than 24 hours of gaming experience. This is something that is certainly better than most consoles today which you would have to charge after only a few hours of gaming experience. Of course, there were also chargers in the form of adapter, which you could buy to charge the Gameboy or you could also have rechargeable AA Batteries as well.

The Gameboy advance console itself is as compact as it can get. It's certainly tiny, providing a screen that's also very challenging to play with. Despite that, this only serves as more engagement to play the game, as you would have to focus if you want to make sure that you're able to ace the game.

Many would surely be in favor of Tetris that are more advanced but, there's no denying it that old Nintendo games such as the original Tetris would remain with its robust reputation for times to come. It's still an amazing and exciting game that would never fail to make anyone excited, making it something that's worth playing even today. If you are given the opportunity to get your hands on a Gameboy or if you have one, pick it up and you may just end up enjoying yourself more than expected.