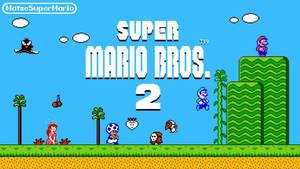 The path of Nintendo throughout the years in the gaming industry, has undoubtedly been a successful one, though there were some obstacles that may have appeared to block them from time to time. Still, the brand has risen to the occasion and has become more renowned than ever, with games from them which already became iconic and legendary in the game industry - one of which is the Mario Brother Series. This game is certainly one of the most successful creations of Nintendo with myriad variations sprouting since its advent. In 1988, there was even the Super Mario Brothers 2 which was released both in America, Japan and then the world. If you still haven't tried the game, DSI Games highly suggests that you give it a try, but before that, you could learn more about it through this Super Mario Bros 2 Review.

There have been several issues that Nintendo faced with this release. Though the Super Mario Bros 2 Review are quite positive throughout the globe, American players were undoubtedly a bit frustrated as they remained a bit loss on the difficulty of the game. The Nintendo couldn't just let their American market dwindle to nothingness and therefore, they also provided a variant of the Super Mario Bros 2 which was the American or US Edition, filled with a different theme and sets of players that may seem unfamiliar for those who have truly been captivated by the game since its predecessors. Fortunately, this move by Nintendo was a success and it still managed to come out on top in the American Market.

However, the version that truly infatuated gamers and players once again was undeniably the original Super Mario Bros 2 that hosted all that players loved from the classic game. There you'll be acquainted not only with Mario, but with other characters as well such as his brother, Luigi, Princess Peach and the Toad. All of the characters can do the basic commands in the game, but each of them are equipped with specific skills that must be used to overcome specific obstacles. 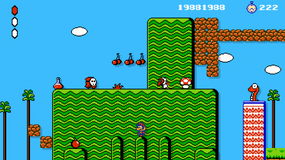 As always, Mario is still equipped with a well-balanced characteristic, allowing him to give average capabilities in all movements in the game. Princess peach on the other hand, can glide through air which will surely be helpful in long cliff gaps in the platforms, Luigi is equipped with a super high jump skills while the toad can pick up vegetables and enemies faster than the others. Indeed, the game has been further improved in terms of quality, gameplay and of course, difficulty. Now, you could get to know more about Mario and his world, whilst improving your skills in dodging and defeating enemies, overcoming obstacles and travelling the challenging platform of the game, all while picking the right characters to deal with every path and levels.